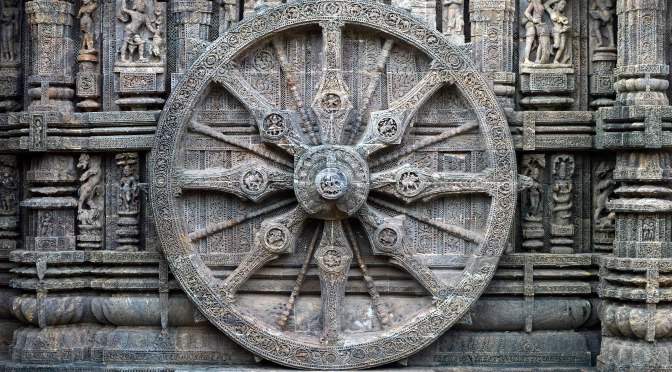 India, by far the most ancient culture since the pre-Harrapan period (3500 BC), happens to be the most diverse nation in the world with over 1000 spoken languages and equal or more number of Hindu Gods from which sprout the mythologies, rituals and  beliefs which form the backbone of Indian culture. The early Aryans (1700 BC) , Persians (600-500 BC), Greeks (356-100 CE), Parthians (100 BC -395 CE), Sassanians (30-10 BC)  and Scythians (100 BC – 400 CE) brought their own culture to the doorstep of India in the north west. The interlude that followed between the invaders and the native dynasties resulted in an epitome of culture brought about by the fusion of the foremost civilized societies of the ancient world. As a result India holds today a bewildering range of ethnicity, culture, color and traditions. The ancient coins of India are a reflection of  India’s glorious past and there is no better way than through these coins to realize and relive the splendor that was India.

This article is not meant to be an exercise in numismatics but rather an appreciation of India’s colorful history through its tangible objects in bronze, silver and gold: the coins

Empire of Cyrus the Great